More details are coming to light regarding the ECB’s proposed restructure of women’s county cricket from 2020.

CRICKETher understands that the top 10 counties will be decided by a bidding process, whereby counties will put forward expressions of interest and the ECB will then grant hosting rights to the strongest proposals.

The top counties will be supported by 10 Academy “hubs”, and will play in a one-division Championship, while the old Division 2 and 3 counties will simply serve as “feeders”, developing age-group players who will then join their closest county side.

Revenue from the ECB’s new TV deal will be used to enable the top 10 counties to offer professionally staffed set-ups. Players will also be remunerated, though this will likely fall short of fully professional pay, at least initially.

While the bidding process is ostensibly an open one, it seems logistically unlikely that the 8 “Hundred” counties will not feature in the new Championship – not least because this will limit the amount of travelling which the top women’s players will need to do.

CRICKETher understands that Sussex are confident they will be one of the selected counties, given their extensive facilities at the Aldridge Cricket Academy funded by millionaire Sir Rod Aldridge, which leaves just one spot in the top flight remaining. 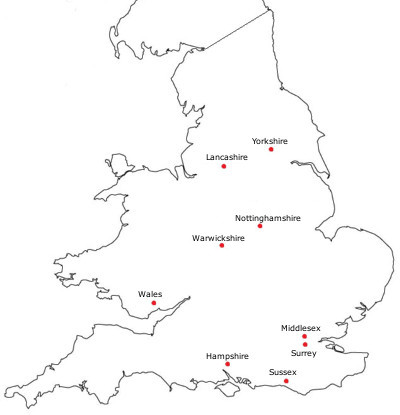 The traditional prominence of the southern counties in the women’s game means that large areas of England are likely to be unrepresented in the new Women’s County Championship.

Current players who represent the counties which are not successful in the bidding process will be encouraged to play club cricket as an alternative.

10 thoughts on “NEWS: Bidding Process To Decide Which Counties Field Sides In Women’s County Championship From 2020”